The chair persons for this conference are: 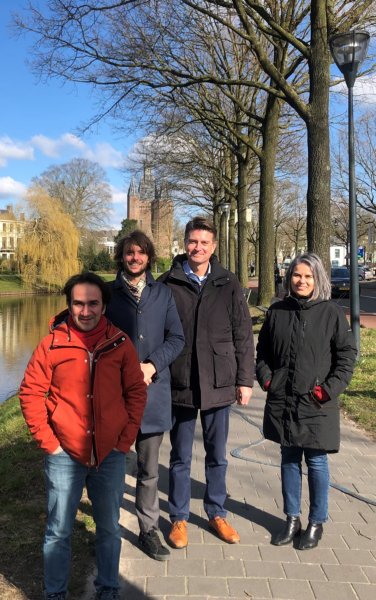 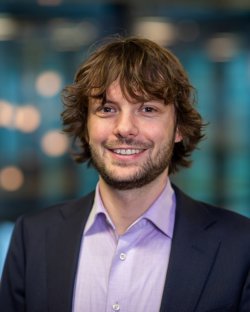 Yoeri van de Burgt obtained his PhD degree at Eindhoven University of Technology in 2014. He then worked at a high-tech startup in Switzerland, after which he obtained a Postdoctoral Fellowship at the department of Materials Science and Engineering at Stanford University. At the end of 2016, van de Burgt returned to Eindhoven as a tenure track assistant professorm where he currently leads the Neuromorphic Engineering group as associate professor. He has also been a visiting professor at the University of Cambridge. He was awarded an ERC Starting Grant in 2018 to work on brain-inspired organic materials for smart biosensors. He is one of the MIT Technology Review innovators under 35 Europe 2019 and selected as Talented Engineer by Dutch magazine De Ingenieur in 2020. He is also a member of the scientific advisory board of the Centre for Cognitive Systems and Materials (Cognigron) at the University of Groningen. Yoeri is an associate editor for Frontiers in Neuroscience: Neuromorphic Engineering and he serves on the editorial board of IOP’s Neuromorphic Computing and Engineering. 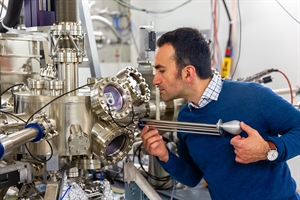 Alexander Ako Khajetoorians has been full professor and head of the SPM department, at the Institute for Molecules and Materials, since fall 2014. His research focuses on characterizing and manipulating the electronic and magnetic properties of quantum materials at the scale of a single atom. Using these methods, he has recently developed a bottom-up platform to creating stochastic attractor networks from individual atoms. Utilizing scanning probe microscopy, he has helped advance numerous spin-resolved methods. He has established one of the most advanced and high precision laboratories in the world at Radboud University, with the highest resolution microscope in the Netherlands, dedicated toward understanding and ultimately utilizing the novel properties of new materials for energy-efficient information technology and sensing. He has been awarded prestigious personal grants, such as an Emmy Noether group (DFG) in 2013, a VIDI grant (NWO) in 2015, and an ERC Consolidator Grant in 2018 (SPINAPSE). Prof. Khajetoorians has also been awarded the Gerhard Ertl Young Investigator Award in 2012, and the Nicholas Kurti European Prize in 2014. 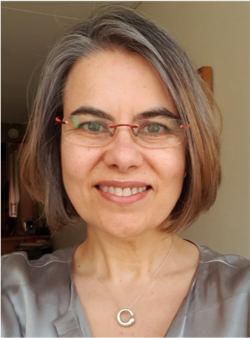 Beatriz Noheda is Professor at the University of Groningen, The Netherlands, where she chairs the Nanostructures of Functional Oxides (NFO) group. Since 2017, she is also the founding director of the Groningen Cognitive Systems and Materials Center (CogniGron). She develops materials for future electronics, with focus on ferroelectric, piezoelectric, ferromagnetic, multiferroic and memristive oxides. This includes new hardware for ultra-efficient, brain-inspired, computer architectures.

Noheda started at the University of Groningen in 2004, when she was awarded a Rosalind Franklin Fellowship to start her own research line. Before arriving in Groningen, she held positions at the Vrije Universiteit in Amsterdam (2002-2003), Brookhaven National Lab in New York (1999-2002), and the Universidad Autonoma in Madrid (1996-1999), where she also obtained her PhD in Physics in 1996. She is a Fellow of the American Physical Society, Senior IEEE member and recipient of the IEEE- Robert E. Newnham Ferroelectrics Award. She has served as member of numerous national and international committees and several editorial boards. 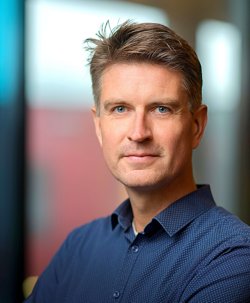 Wilfred G. van der Wiel (Gouda, 1975) is full professor of Nanoelectronics and director of the BRAINS Center for Brain-Inspired Nano Systems at the University of Twente, The Netherlands. He holds a second professorship at the Institute of Physics of the Westfälische Wilhelms Universität Münster, Germany. His research focuses on unconventional electronics for efficient information processing. Van der Wiel is a pioneer in Material Learning at the nanoscale, realizing computational functionality and artificial intelligence in designless nanomaterial substrates through principles analogous to Machine Learning. He is author of 125 journal articles receiving over 7,500 citations.

The supporting staff consists of: