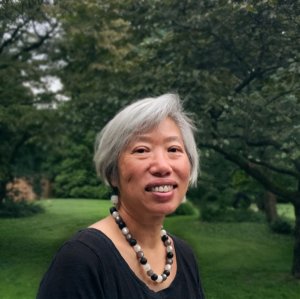 Andrea Liu is a theoretical soft and living matter physicist who received her A. B. and Ph.D. degrees in physics at the University of California, Berkeley, and Cornell University, respectively.  She was a faculty member in the Department of Chemistry and Biochemistry at UCLA for ten years before joining the Department of Physics and Astronomy at the University of Pennsylvania in 2004, where she is the Hepburn Professor of Physics. She is a fellow of the APS, AAAS and the American Academy of Arts and Sciences, and a member of the National Academy of Sciences. Liu has served as Speaker of the Council of the American Physical Society (APS) and Chair of the Physics Section of the American Association for the Advancement of Science (AAAS) and is a Councilor of the US National Academy of Sciences.